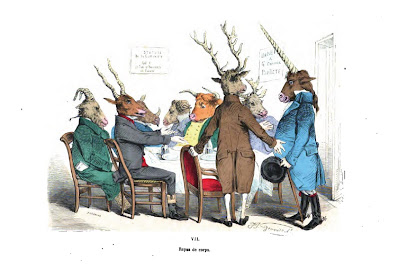 "i was hanging out with polyester (partridge) one day and she had the baby, so i asked her where she got it. she pointed me towards sensual stoneworks, and i was shamelessly raped by a unicorn. i don't mind". second life

i find fauns and satyrs sexy. since i was little i have always found the idea of crossbreeding appealing. is this the fault of britains first zeedonk at colchester zoo? v possibly, though the book ‘one hundred years of science fiction’ in which the work of jj grandville features heavily, was probably my first exposure to hybridism (the term hybridism is believed to be derived from the latin word hybrida, hibrida or ibrida, translated to insult or outrage). grandville drew individuals with the bodies of men and faces of animals, and also mixed up animals which he referred to as ‘les doublivores’. when i was little i loved these pictures which suggested something fantastic and wrong. this wrongness has stayed with me and influenced my poetry, along with many other sick and bad things. 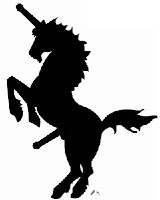 in a bid to understand my somewhat odd obsession with all things horned, tusked and blended i am going to write a series of blogs about mythical animal erotica. i am starting with ‘unipr0n’ because of the title of this very blog and the unicorn’s appearance in the title poem of my last self-published book ‘sleeveless errand’.

maybe my interest in the unicorn was born from this idea. or perhaps it’s because unicorns are often seen as a symbol of jesus, the ultimate hybrid (i have just written that and do not fully understand it). only the virgin could mount the unicorn, or tame it- the beast would put his head in her lap and submit- in some accounts suckling her. perhaps this (along with it’s big gnarly protruding horn) is what prompted the sexualistion of the unicorn.

i have scoured tinters for this elusive (some might say mythical) unicrack, and have filtered the good stuff out from the idiotic youtube videos of soft toys fucking and a sculpture called ‘unicorgy’ that has attracted a lot of internet interest. perhaps people feel more comfortable with this ‘fluffy’ version of bestiality- the pastel, my-little-pony sort.

the majority of other depictions of the unicorn (other than fantasy art- which apparently saddam hussein was a great fan of) is medieval- specifically tapestries, which refer to it’s relation with purity, as well as the myth that the unicorn could only be subdued by a virgin. perhaps women are especially taken by the notion of this, the virgin bestowed with a kind of power, neutralising the wildness of a vicious beast. sex. it could be also said that the essential purpose of the temptation of the unicorn by the woman is to humanize the unicorn. in some accounts, if the maiden were not really a virgin then the unicorn would ‘run her through’ with his horn. crikey. 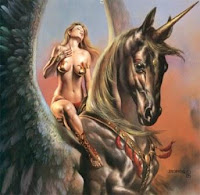 At dawn on a Mayday morning the maidens came singing to my chamber, woke me, and led me naked to the bath. Then vying with each other for the honour and the good fortune that followed from bathing the virgin, they washed me, purifying my flesh for the hunt, then towelled me dry before the fire. It was still dusk but the air was mild with the breath of May. They dressed me in a gauzy white gown, the symbol of my virginity, plaited my hair, pinned it up under the crisp wimple, and buckled up my sandals. Though it was mild and the fire was burning fiercely the gown gave no warmth and I was shivering with the cold and apprehensiveness: I was proud to have become the chosen one, fearful about what was to happen.

here’s a series of paintings of obama, naked with a unicorn. my knowledge of art theory and politics is pretty rubbish, and interviews with the artist dan lacey are scant. i did however find out that he is a pro-military pro-bush catholic. strangely, most of the controversy they have sparked has come from the right themselves who see the pictures as a ‘deification of the president-elect’. they’re nice i think. 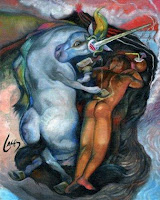 unicorn mayonnaise
what comes out of a unicorn's horn when you polish it. a wonderful low-fat alternative that's great in sandwiches.

‘when I spit-shine sparkle's horn, he gives me a lot of unicorn mayonnaise, thus saving me a trip to the store.’

‘dude, I used rogaine on my pubes and gave my girlfriend a unicorn combover.’ 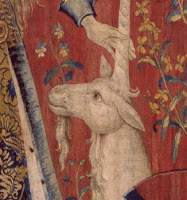 unicorn with sunglasses
heterosexual act where the female has her mouth placed upon the man's anus, thus placing his testicles before her eyes with the base of his penis at her forehead. of course this may also work between two men.

‘I had her looking like a unicorn with sunglasses.’

next time- fauns
Posted by Emma Hammond at 12:32 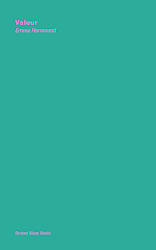 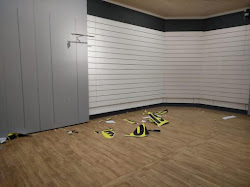 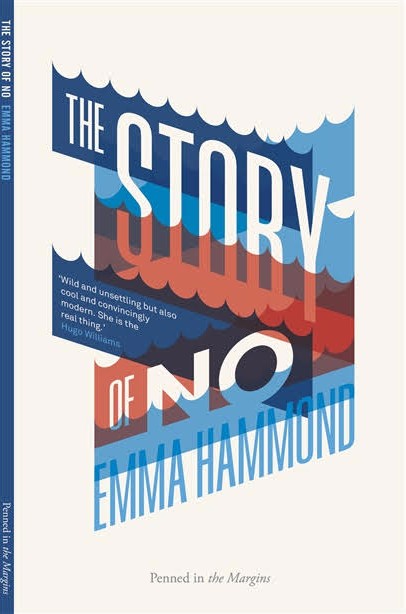 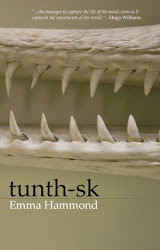 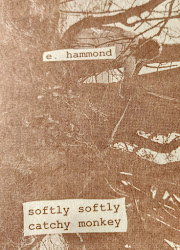